Dianne started daydreaming about being a writer in first grade, when she learned the joys a chunky pencil and lined tablet can bring. In her mid-forties, she finally attended a writers’ conference (Write-to-Publish, Chicago area). When the Warner Press editor read Dianne’s short piece about a spiritual lesson from her cat, she said, “I think you may be a natural devotional writer.” That meeting led Dianne to begin writing devotionals for Warner Press to be used on the backs of church bulletins.

Two years later, at that same conference, Dianne received the 2001 Best New Writer of the Year award for an article published in Focus on the Family magazine. Five years later, her first book earned her the Writer of the Year award. The One Year On This Day (Tyndale House) is based on holiday origins, historical events, and pop culture trivia. It has since been updated and is available as On This Day: 365 Daily Meditations on Holidays and Historical Events.

Since then, Dianne has published three other devotional books: The One Year Women of the Bible (Tyndale), Drawing Closer to God: 365 Daily Meditations on Questions in the Bible, and Designed for Devotion: A 365-Day Journey from Genesis to Revelation (both by Baker Books). Designed for Devotion won a 2013 Selah Award.

Dianne is one of ten authors who contributed devotionals to Guideposts’ Mornings with Jesus 2013, 2014, 2015, 2016, and the upcoming 2017 edition. Other compilations include Pearl Girls: Encountering Grit, Experiencing Grace, Christmas Classics: True Stories of Holiday Cheer & Goodwill, Writing So Heaven Will Be Different, and More Christmas Moments.

Her articles and devotions have appeared in The Quiet Hour, LIVE, The Christian Communicator, Focus on the Family periodicals, and Guideposts magazine. Dianne frequently writes guest posts for bloggers and content for websites including More to Life and CBN.com. She has also written newspaper features, Bible studies, and she even sold a poem once.

2007 Write-to-Publish Conference: 1-hr. class “10 Worst Mistakes I Made as a Beginning Writer/10 Smartest Things I Did Right”

2007 CLASS Conference at Glorieta: 1-hr. class on using Scripture in writing; 1-hr. class “10 Worst Mistakes/10 Smartest Things…”; served as mentor to two attendees in the Get Published Now class, helping them revise and polish their stories for inclusion in a compilation book

***In between these conferences, Dianne has led workshops on an introduction to Christian publishing at public libraries and a Christian school. 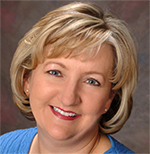